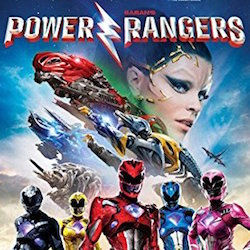 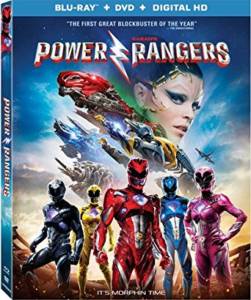 Unofficial Description: Well. This was way better than I had expected it to be. Like – way, way better. I was impressed.

I missed the Power Rangers mania that swept this country back in the day. Never got into the show. But I was aware of the premise enough that going into this movie – which I caught on Prime when it popped up as ‘included with Prime’ – I had certain expectations. Low expectations. To my shock, those expectations were shattered by a good film. Well, most of it.

The story of the teenagers is what hooked me, their lives and trials, how they come to be friends. All of that? I loved. Which was the majority of the movie. The actors – Dacre Montgomery, Naomi Scott, RJ Cyler, Becky G, Ludi Lin, Bill Hader, Bryan Cranston and Elizabeth Banks – all do an amazing job.

Once they actually become the Power Rangers? It got a little silly. But, maybe that’s the point?

Official Description: Five ordinary teens must become something extraordinary when they learn that their small town of Angel Grove – and the world – is on the verge of being obliterated by an alien threat. Chosen by destiny, our heroes quickly discover they are the only ones who can save the planet. But to do so, they will have to overcome their real-life issues and before it’s too late, band together as the Power Rangers.