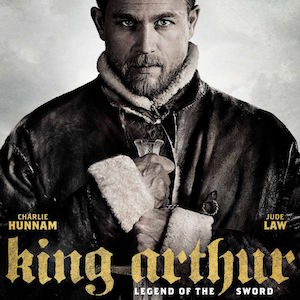 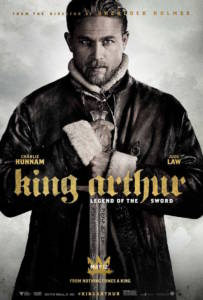 Unofficial Description: Ugh. What in the… What a terrible movie! Caught this on Netflix, and I knew going in that it wasn’t going to be the smartest thing ever filmed, but just ugh!

I like Charlie Hunnam – who played Jax on Sons of Anarchy – but the poor guy doesn’t seem to be able to break out into other things, as evidenced by this movie. Like other Ritchie films, it’s trying to take classic stories and characters and turn them into modern action flicks. I really liked what he did with Sherlock Holmes, but this movie doesn’t compare. The story is all over the place, barely touches on the legends, imho, and ends up as a bit of a mess.

Official Description: After the murder of his father, young Arthur’s power-hungry uncle Vortigern seizes control of the crown. Robbed of his birthright, he grows up the hard way in the back alleys of the city, not knowing who he truly is. When fate leads him to pull the Excalibur sword from stone, Arthur embraces his true destiny to become a legendary fighter and leader.