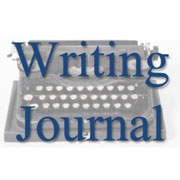 The rules are simple; everyone brings a prompt, something to start eh writing process.  You get your prompt and you write for five, ten or fifteen minutes depending on the prompt itself.  At the end of the time, you stop – no matter where you are in your writing – and you read it to the group.  Rinse, repeat.

I’ve been going to this improv group for a couple month’s now, and it’s been a very interesting and fun experience.  The writing is raw and incomplete (on my part), but the process has been invigorating.  I’ve decided to share a couple of the raw pieces here on the blog over the next couple weeks.  Be kind and remember, they are raw.  🙂

Bob stared at what he’d built. The basement of his garage was a mess, but that was okay. He’d seen Leroy Jethro Gibbs build several boats in his basement on NCIS and thought, if the Gunny could do it, so could he. Only Bob wasn’t into boats. Bob was into time travel.

Without realizing he was doing it, Bob walked around the room straightening things up. Screwdrivers, hammers, soldering iron, needle nose pliers, the list of tools went on and on, and one by one he replaced them on the peg board until everything was nice and tidy the way she liked it.

Just thinking of his wife brought a sadness that weighed down on him. Five years out and he still caught her scent in the house, on the sheets he refused to wash, the clothes in the closet he wouldn’t let any one touch. His kids and tried to talk him into selling the old place, donating her belongings to good will, but he would have none of it.

Instead, he built the device.

As names went, he knew it sucked. He needed something more creative but that was always Rhona’s department. He was the analytical half of their partnership, she the creative, fun loving half. Without her, he was lost. And so he built this device.

He supposed it looked a bit like a four post bed. Four metal antenna sat in the corners of a five by five square. Each was attached to the others by a frame work of wires and metal that rose to his knees. A gate of sorts was on the side facing him, allowing entry to the center. A dozen power generators chugged away in the garage to feed this monster and keep it off the local power grid. Without them, he was sure the authorities would come running the moment he turned it on.

And he had turned it on six times this month alone. When it was on, a storm of sorts formed in the center of the towers. It swirled and swayed like a tornado, little arcs of electricity popping and sparking and charging the air so his hair stood on end.

In the heart of that storm, he could see the past. Tantalizing little glimpses of life in this house. The more power he fed the machine, the further back it went. But so far, it would not show him his wife before the accident – only the aftermath. Images of himself curled up in a ball on the couch, refusing to take off his robe or put on pants. His children trying to console him, but what did they know? They lost a parent, he’d lost the only person who had ever gotten him. His partner. His lover. His very best friend. No matter what they said to him, what kind words they used to placate and console him, when his children went home, he was still alone.

So he gave it more power. He bought more generators. He maxed out his credit cards, took a second on the house, whatever it took, all to get to this day. This moment. He had to save her. Had to keep death from calling.

And so, he turned the machine on.

Above the noise of the crowded bar, the newscaster’s voice carried as he read the days news, “An explosion destroyed a home and killed at least one man on Lookout Mountain today. Authorities are still on the scene attempting to discover the cause of the explosion, and are not releasing the name of the victim until the family can be notified. In other news, former President John F. Kennedy was on hand to help promote President Kerry’s new Non Profit Foundation….”