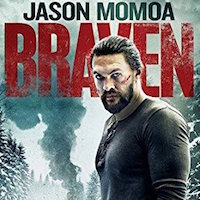 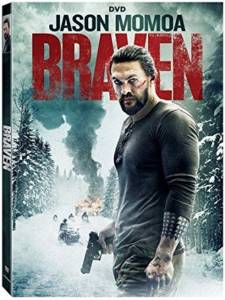 Unofficial Description: I like a good action flick – this qualifies.

If you needed more evidence that Jason Momoa is a bad-ass – here ya go.

Action flicks have evolved through the decades, but the core is still the same for most of them – regular guy or gal is put into an impossible and dangerous situation where they kick ass. In this one, Momoa is a family man who makes his living cutting trees. His wife teaches now hunting and his daughter is the stereotypical adorable youngster. With them lives his father, who had some sort of accident that has left him struggling with a from of dementia.

Faced with the difficult decision of whether to put his father into an assisted living program, Momoa takes him to the family cabin for a hunting trip only to find that someone has broken in and left a large supply of drugs there. When the drug dealers show up to reclaim it, the shit hits the fan and Momoa goes into action star mode.

If I have a complaint about this movie – which I suppose I do since I just wrote that – it’s that the villains – the drug dealer and his minions – are horribly stupid. They could take the drugs and walk away, but that wouldn’t make for a suspenseful and action-packed movie – so they make stupid decisions and violence ensues.

Enjoyed the flick regardless.

Official Description: A logger and his father head to their hunting cabin, hoping for a quiet weekend. Instead, they find themselves in a kill-or-be-killed stand for survival when they encounter a gang of ruthless drug traffickers.