My life hasn’t gotten any less complicated or busy. Hence the lateness of this post. My reading has slowed, but I’ve also been reading much larger books – which doesn’t necessarily help. On top of that, I completed a project of my own that I’ve been working on for a while now. More on that in a separate post.

So – here’s what I’ve managed to read/listen to. It includes the last book in the first Mistborn Trilogy. I also reread a couple James SA Corey books, but I’m not going to re-list them here, but I’ll include the re-recording of Cibola Burn by Jefferson Mays, because that’s what led me to go back through The Expanse books in the first place. I also wanted to read one of the latter Scalzi books in the Old Mans War series. I’ve read the paperbacks up to Zoe’s Tale, at which point I felt the series kinda went off the rails a bit. But I wanted to give it another chance with the last couple books. I went ahead and listened to the first book to refresh my memory, and then the last couple. I found them very disjointed, but pushed through.

1) The Hero of Ages: Mistborn, Book 3 by Brandon Sanderson Narrated by: Michael Kramer 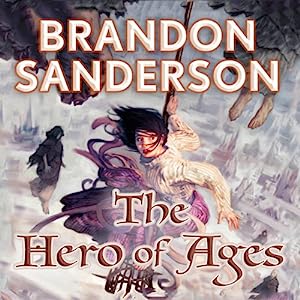 Great book with an interesting and satisfying conclusion to the first trilogy. Wasn’t what I expected, which is always fun.

2) A Discovery of Witches by Deborah Harkness Narrated by: Jennifer Ikeda 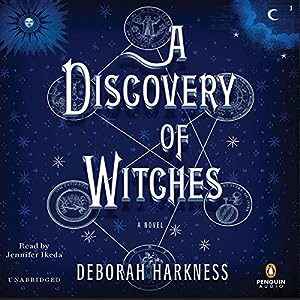 I really enjoyed the narrator on this one, but the story lacked something for me. I kept waiting for something to happen and then the book was over and the thing that happened wasn’t what I was really expecting. I nearly missed it, in fact, and had to think about it after to realize what the climax of the story was intended to be. Difficult to explain better without spoiling things. Definitely an interesting take on vampires and witches. No sparkles, which was good, but more romance than I’m into, which was probably the issue for me. If you want a different take on witches and vampires with romance throughout, this one is probably for you. 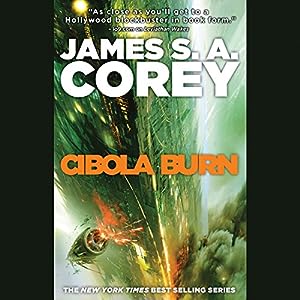 Having Jefferson Mays narrate this one was like coming home again after a long absence. I don’t know why Erik Davies recorded this originally, but it usually comes down to scheduling conflicts – which is what I’m going to assume happened here. Davies also narrated the novellas Gods of Risk and The Churn. When you’re three books into a series, the voice is ingrained into your head. I can’t imagine anyone but Mays narrating these books and so, even though Davies did a decent job, he wasn’t Mays. The characters were off and didn’t sound right in my head. However they came to revisit this book with Mays as the narrator, I’m very happy. 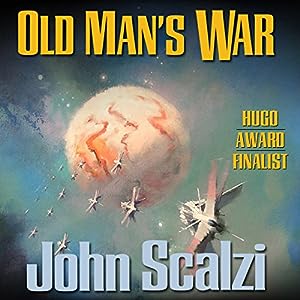 I read this book years ago and enjoyed it immensely. Wanted to hear the audio book in prep of listening to the last two books in the series, which Audible kept pinging me to check out based on other things I’d read or looked at. William Dufris is a great narrator, and I really enjoyed how he brought the book and characters to life. By the time you get into the last books in the series, you can tell he is really comfortable.

5) The Human Division by John Scalzi Narrated by: William Dufris 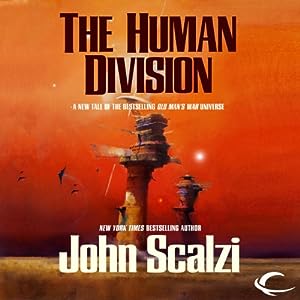 As mentioned above, William Dufris does a fantastic job narrating these books. The book itself felt disjointed to me. I enjoyed it but probably would’ve enjoyed it more if I’d read a bit about how it came together before listening to it. I think I had different expectations going in. The episodic nature takes some getting used to. I do love the characters and the way they interact and grow over the course of the book. 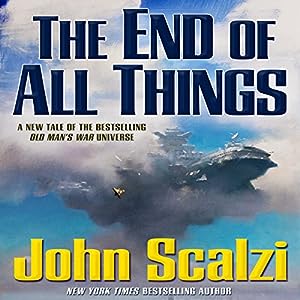 I really wanted to complete the series, and did. This one is even more disjointed though, and again, I think it wouldn’t matter if I’d known that going in – which I didn’t because I was trying to avoid spoilers. The different narrators are cool, until they do the same characters completely differently – which threw me. This book is a compilation of serialized stories with alternating povs and narrators. I’ve enjoyed that format/setup before with Sanderson’s books and didn’t think it would be any different here. I’m kinda surprised it bothered me at all, to tell the truth. Again, Scalzi has a way with characters and humor that I really enjoy, especially when characters maintain some sense of humor when all the shit is hitting all the fans. I’m happy he was able to bring everything to a satisfying conclusion, and it sounds like he had a lot of fun doing so.

That’s it for April and May. My June post will most likely include…one book 😛 One very loooooong book.