Review: Season of the Witch

HomeBlogMoviesReview: Season of the Witch

Thursday night I went to the movies, I saw Season of the Witch.  I really enjoyed it.

If I had to pin it down, I’d say that Season of the Witch is Sword & Sorcery – that’s how it felt to me.  You have all the elements:

Behman (Nickolas Cage) is a Knight of the Crusade who has had enough of fighting and killing and who just wants to go home.  He deserts the crusade with his good friend Felson. 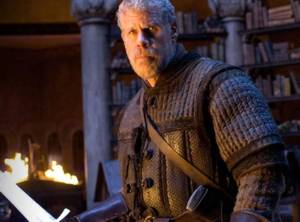 Like Behman, Felson (Ron Perlman) has seen enough killing.  When they are pushed to attack a Moor city, killing innocent women and children, both men walk away.  Fugitives, they make their way slowly home where they find that the plague has spread across the land.  They come to a town where a Cardinal tells them that the plague is a curse. placed upon the land by a witch.

From the moment he lays eyes on her, Behman if conflicted about the accused witch.  He sees in her, the innocents he killed in the crusade.  The Cardinal makes a deal with Behman & Felson; escort the witch to a distant monastery where the sole surviving copy of an ancient book has the power to destroy the witch and her curse, and they will be cleared of all desertion charges and obligations to the Church.

Debelzaq is a devote priest, sure in his faith and in the power of God, and the witch.  He constantly warns the group not to trust her, not to talk to her, to give her any information about them that she can use to hurt them.  His faith tells him that they will see the end of their journey and save the land because God will not let them do otherwise. 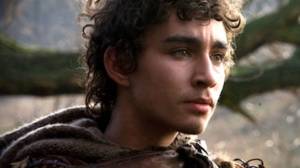 Kay is an altar boy and the son of a Knight who left for the Crusades long ago.  He is eager to follow in his father’s footsteps, become a Knight and fight in the Crusades.  He sees Behman and Felson as role models and as a way to become a Knight in his own right – if he can prove to them that he is worthy.

The group has to take the witch across leagues of dangerous territory in order to reach the monastery where her fate can be decided once and for all.  Behman is adamant that she must be given a fair trial.  Lots of things happen along the way that make him start to question what he believes, who is right, who is wrong and whether or not he made a mistake in walking away from the Church.

If that isn’t a good sword & sorcery tale, I don’t know what is.

I enjoyed this movie.  You have to just let yourself go with it.  It has some great twists and a fitting ending that I know will probably piss off the mainstream audiences but appeal to the sword & sorcery fans out there.

You should definitely check it out.