I have impulse control problems – especially when it comes to buying books.  SO, this results in my always having a pile of paperbacks sitting around waiting to be read. 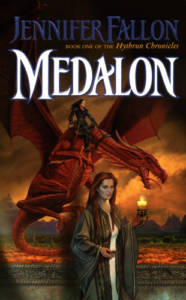 I admit it – I bought this one solely on the basis of the cover art.  I mean – LOOK at it! It’s so shiny!  I mean, who doesn’t love a giant red dragon?

According to legend, the last king of the Harishini sired a half-human child, known as the Demon Child, born to destroy a god…

The small country of Medalon lies between the vast nation of Karien in the north and the nations of Fardohnya and Hythria in the south. For centuries the Medalonians co-existed peacefully with the Harshini, a magical race that abhors killing. They are gone now and the Sisters of the Blade rule Medalon from the Citadel. An elite army of Defenders enforces the Sisterhood’s oppressive rule. The Harshini and their demons are believed to be extinct and Medalon has an uneasy peace with its northern and southern neighbours.

R’shiel Tenragan, daughter of the First Sister, and her half-brother Tarja find themselves caught up in the political infighting amongst the Sisters of the Blade. When their mother’s scheming becomes too much to bear, they flee the Citadel and their lives take a turn neither could ever have imagined.

Meanwhile, far south in Hythria, Brak, a Harshini outcast, is called on to find the demon child, the half-human child of the dead Harshini King, Lorandranek. 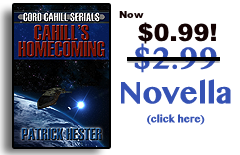 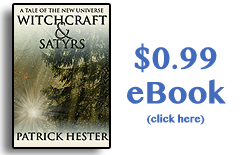